An aspect or an impact? Where we need to focus?

An "Aspect or an Impact"?

Impact - When something has power or force over something.

We all are aware of 12 zodiac signs starting from Aries to Pisces.
We have an insight of the "elements", "compatibility of signs", "zodiac signs implication and their impact on us" and much more as these are easily available in books or over the internet.

I am sure those who have interest in astrology are most likely aware of these terms.

We can sum up here that we all are going to have similar impacts whenever there are changes in any planetary position. This can also mean that we can easily compare our life with someone who has similar zodiac signs where we can get clues for us and can anticipate our future accordingly.
We can gather more information through astrological websites or astrological journals, in just a single click.

For instance, what kind of information one can get if they search the information which are based on theories?

Sun becomes exalted when present in the sign of Aries and offers some extraordinary results. This position can lead to growth certain opportunities with prosperity.Here, one can enjoy certain benefits from the government sector. The Sun and Mars are friendly in nature. With this placement, we can observe someone who is brave, and where he or she can dominate in whatever field they are in.

Does this mean everyone in the universe who has the Sun in Aries will enjoy similar impacts? No.

We can choose any subject to study thanks to technology. In just one click we can receive thousands of results on the internet. So why do we need expert advice?

The short answer is that when we read daily columns or daily general horoscopes on the net, they are simply general. A person may get a general idea of what could potentially be in store for them.

The information below, explains the difference between what we read online or in books versus utilizing the services of a professional.

The first picture explains that there are 12 houses in Vedic Chart and there are total 32 charts which one needs to study, the pattern we read is based on the anticlockwise pattern. 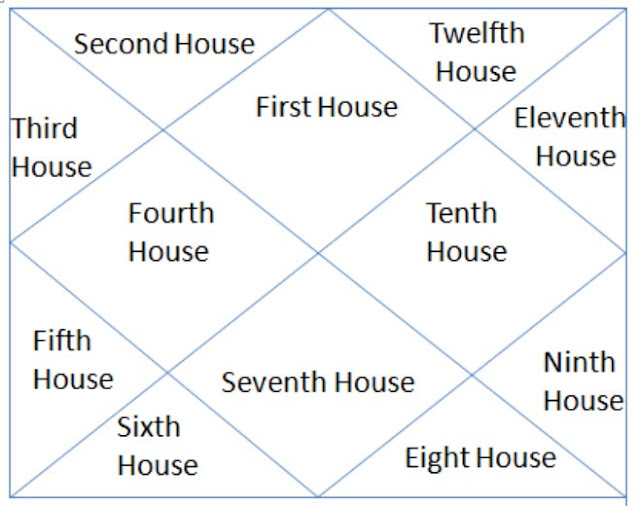 Below conditions are based on the hypothetical example and only two planets are considered to understand. 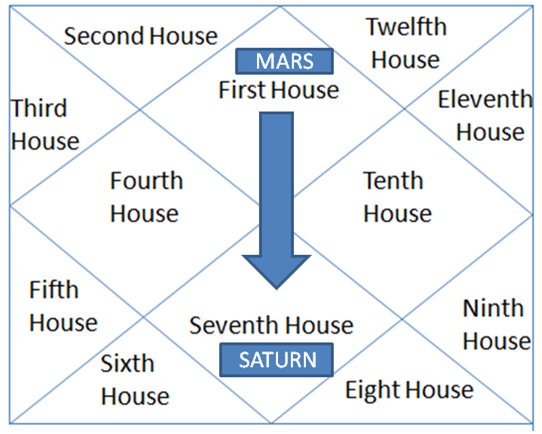 1-B.  The third picture shows similar planets Mars and Saturn which are placed in the fourth house and in the tenth house. 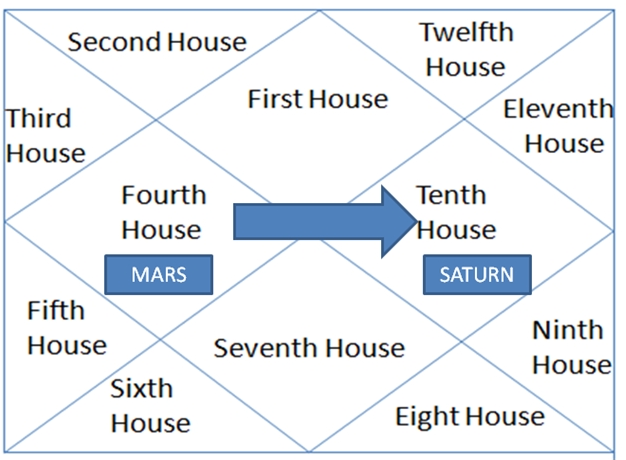 If we gather facts which are available in a click online or from theoretical books or astrological journals, then one can say it is a negative position for the native where he or she can get trouble either due to the weakness of the first/fourth house or due to the seventh/tenth house or maybe both if they both are weakly placed.
In easy words, it is a situation when two enemies are having an eye on each other letting to discomfort or tensions, like two countries armed forces which are on high alert on the border with the fear of war.

The complete focus is based on the theory of an "Aspect” which once again can be explained as  - "A position facing a certain direction". 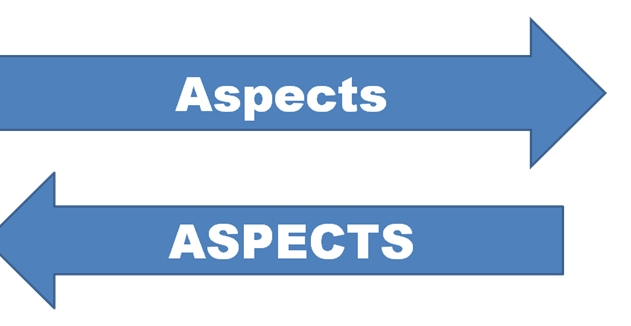 
If we check the fifth picture, then we see planet Mars is of “28.59” degrees which are placed in the first house while planet Saturn which is his biggest enemy is of “14.59” degrees is in the seventh house. In this case, there will be no impact of the enmity between them, because they are too far to make any big impact. 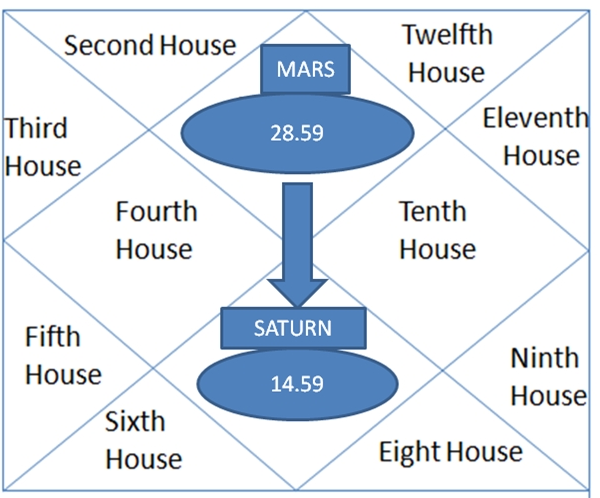 2-B Now let's see the sixth picture where planet Mars is of 18.00 degrees in the fourth house and planet Saturn is in the tenth house of 20.00 degree. Now it will make an impact.


This does not mean that the impact will be negative or positive in nature. All impacts depend on some other factors, for instances like the signs they are placed in, which house they rule, what is the Nakshatra they are in and most import what condition they both enjoys and much more. 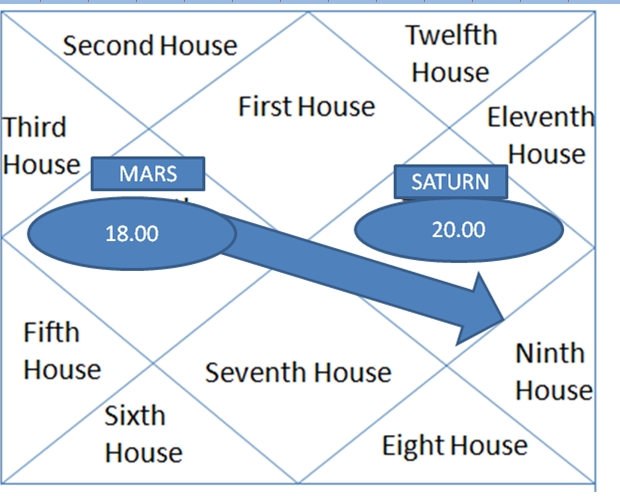 As mentioned above, the focus is totally based on the theory of an Impact which can be explained as "when something has power or force over something". 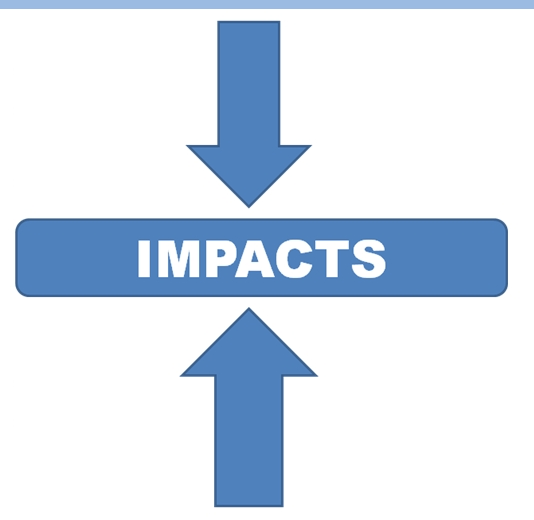 When an astrologer studies the horoscope, then there he or she needs to sum up with several conditions before saying anything. As I believe that people who consult an astrologer really believe the subject and if by chance some vague information is given then it can make an impact on the native. To bring any impact one needs to study the things in detail otherwise it will be a vague statement.

DISCLAIMER – Every reading is based on calculation and an astrologer is only a person and not the “God” so no responsibility lies with the astrologer.

Email ThisBlogThis!Share to TwitterShare to FacebookShare to Pinterest
Labels: An aspect or an impact? Where we need to focus? Aspect, Astrology, Astrology Blog, horoscope, Impact, kundli, vedic astrology