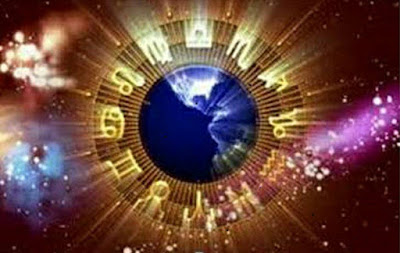 When we speak about the existence of astrology and its authenticity, we come to a point in comparing it with science.

To understand the above statement, we must understand Astrology’s existence.

The existence of Vedic Astrology

Vedic astrology is not a modern subject. It began more than 5000 + years. Vedic Astrology’s age can be described as “The Vedic period” or” Vedic age”. Vedic Astrology’s present age is defined to be "Kali-Yuga" which started in 3102 B.C.

"According to the Surya Siddhanta, Kali Yuga began at midnight (00:00) on the 18th. of February 3102 BCE. This is also considered the date on which Lord Krishna left the earth to return to Vaikuntha. This information is placed at the temple of Bhalka, the place of this incident. Information Kiosk at Bhalka, the place from where Lord Krishna returned to his heavenly abode

Aryabhatta & his contributions to Vedic Astrology

Aryabhatta was the brain behind the numeric value of ZERO, great mathematician and astronomer.
He created a proof of the inevitable link between Astrology and Science. Source: https://en.wikipedia.org/wiki/Aryabhata

As far as facts are concerned, Vedic astrology has been in existence for more than 5000+ years and the evidence is well mentioned in historical contents.
Real Guru's; Vashistha, Bhrgu, and Garga, were masters of Astrology and taught their disciples in the Guru Parampara (discipline succession).

Before, Kali-Yuga, which began in 3102 B.C., Maharishi Parasara combined the skills of all the great sages and made essential progress in the subject of Vedic Astrology. He converted the teachings into text for us to learn and interpret.

Parasara was among the last of the Rishis (great sages) of the Vedic age. After him, it was humans who preserved the line of Vedic astrology.

Notable amongst them was; Satyacarya and in particular, Varaha Mihira who wrote several important texts on Astrology.  All of the texts follow Parasara in their teachings.
(Source Internet)

For instance, we can observe various levels of ocean tides in correlation to the gravitational phases of the Moon and Sun. If the Sun and Moon gravity affects the tides and animals and plant growth, both can impact a human. In Vedic astrology, the sun is regarded as “Father” and the Moon is regarded as “Mother”. In a similar way, the impact takes place for all planets, depending upon their physical properties. Some planets are gaseous and hot while others are cold and wet. Depending on their aspect or position, the sun and moon and other planets may or may not have an impact. This concept is applied when creating a person’s Astrology chart. It’s all about aspect which can negatively or positively affect impact.

In the year 2004, Indian Supreme Court recognized that astrology should be treated as a subject and must be taught in schools or colleges citing as:

"(Astrology)... requires study of celestial bodies, of their positions, magnitudes, motions and distances etc. Astronomy is a pure science. It was studied as a subject in ancient India and India has produced great astronomers long before anyone in the Western world studied it as a subject. Since astrology is partly based upon movement of the sun, earth, planets and other celestial bodies, it is a study of science at least to some extent"

In 2011, the Bombay High Court held Public Interest Litigation (PIL) filed by Jan Hit Manch to ban Astrology, asking if Astrology is a Science? The court favored once again saying as below:

"So far as prayer related to astrology is concerned, the Supreme Court has already considered the issue and ruled that astrology is science. The court had in 2004 also directed the universities to consider if astrology science can be added to the syllabus. The decision of the apex court is binding on this court," observed the judges.

All things in nature are relative to each other and everything comes and goes in cycles. Is it any coincidence plants flourish and die at certain times of the year? Or that animals hibernate, migrate and procreate at certain times of the year with no clocks to prompt them? It’s no coincidence. All of nature’s creations rely on an internal clock which relies on “Father Sun” and “Mother Moon”.

It is true that some unscrupulous astrologers have brought a bad name to Astrology and the authenticity of Astrology is always questioned…and it should be. More importantly, an Astrologer should be scrutinized before he or she is hired for consultation. Question everything and trust your instincts.

If you are looking for horoscope analysis then you contact me always.