Anthony Joshua vs. Wladimir Klitschko OR "INSPIRATION VS EXPERIENCE" 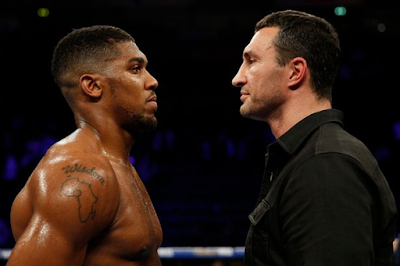 Everyone who loves boxing is eagerly awaiting to see who will win one of the biggest matches on the 29th April 2017, as the biggest stage is set to surprise you all. I am trying to analyze the results based on numerology.

Interestingly here if we see their date of birth which means “15” and “25” which means AJ radical number is 6 and Klitschko radical number is 7 which are inverse to their destiny numbers. Keeping all this in mind, I can say as of today, that on 29th April 2017 they both will fight tough and there is a greater chance that AJ will win the match by 7/4.Thich means in the 11th round, as per the transit on 29th April 2017 and their date of birth.

Disclaimer: There is always a big risk to predict celebrity horoscope as information are always referred from internet and there is no surety about accuracy and numerology is treated as a small base of astrology as in Astrology there are easier chances to predict as one do minute calculations based on planets. If you are looking for horoscope analysis then you can contact me as always. 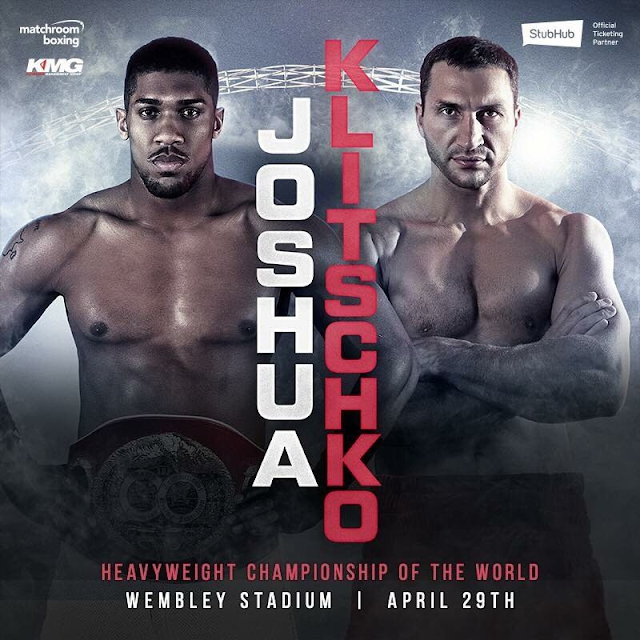 Celebrity horoscopes are one of the toughest challenges as details are often acquired online and there is no certainty whether they are correct or not.
French Presidential Candidate Macron’s horoscope and chances of his victory and to be the next President of France 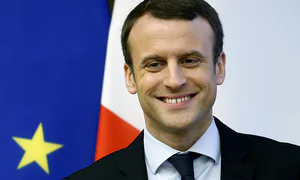 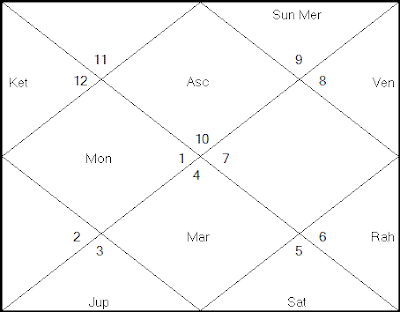 Current Transit: - Rahu (Main Transit started from August 2009) with Saturn (Sub-Transit started from Sep 2014 till July 2017). Vedic astrology always focuses deeply on Rahu and Ketu which all western astrologers ignore. Both of are treated as wonderful for Politics, especially sub-planet Rahu.  If anyone focuses on my previous analysis for all the politicians I did before then you will find one thing in common and that is the good placement of Rahu or Rahu transit which helps them to gain fame and name. Rahu is common for all politicians and must be analyzed to give results. You can review my prediction for President TRUMP’s victory, Brexit, Scotland Independence, or you can see my analysis for Le Pen. Note where Rahu is playing a game too.

Now coming to President Macron’s horoscope? Or it's too early to say this? Let's analyze below:-

1) Let's observe Rahu once again, and it's placement in the 9th house from Ascendant Capricorn (1st house) and this placement is in the house of fortune which is the best house for Rahu in most cases. It is giving him the courage to make his name by his own efforts and it is letting him stand in the race with a wonderful quality to change unfavorable winds in his favor as he is under the placement of Main transit of Rahu since August 2009.

2) Capricorn ascendant means Saturn and politics always need the favors from good Saturn to get success, also Saturn is in sub-transit with Rahu and it is placed in 8th house from ascendant which helps Macron to achieve more with his hard work. Small efforts are turning into big rewards which are becoming the wonderful base for his success.

3) Sun and Mercury conjunction in the 12th house and in the sign of Sagittarius is giving some negative results to Macron. Mercury conjunction with Sun destroys all powers of Mercury and sometimes situations can arrive where people can misunderstand Macron.

4) Jupiter in the 6th house is also indicating mixed impact and some trouble with secret enemies is very much visible in his horoscope.

5)  Placement of Mars in 7th house from ascendant and in Cancer sign which makes him Manglik and also gives some negative impacts but due to the debilitation of Mars in the sign ofCancer destroys all negative impacts of Mars and makes everything positive. I can say it's a win-win situation for him.

6) Moon in the 4th house and in Aries, gives him strong will power and an intuition to sense unfavourable outcomes. He mostly manages to correct them to represent when it comes to the public.

7)  Placement of Ketu in the 3rd house and Venus in the 11th house gives him
a very daring attitude and he is ready to take risks and Venus is making him more popular in female voters which is going to be a key in this election.

On the 23rd of April 2017, the two candidates who are going to make it to the second round will be Macron and Le Pen. 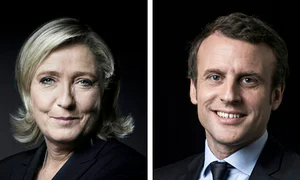 On the 07th day of May 2017 in the second phase and after analyzing both horoscopes at glance,  I have reached the conclusion that on election day Macron will be the youngest and next President of France as his horoscope is much stronger comparing to his opponent Le Pen. 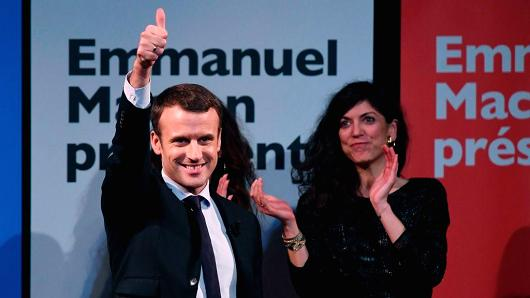 DISCLAIMER -Every reading is based on calculations and an astrologer is only a person and not a God so no responsibility lies with the astrologer.