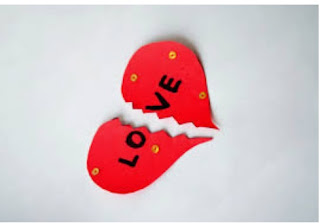 Love... It happens One of the biggest requests I receive is to perform compatibility readings for couples. Usually, the person making the request is either preparing to go into a relationship, or they are having problems in an existing relationship. Two people initially come together with no intention of separating but sometimes there are few Karmic tendencies that lead to separation.

It is not difficult from astrology to analyze patterns which can potentially become a reason for separation or divorce. In Vedic astrology, we use a D-1 & D-9 chart. Both charts, tells the true soul and nature of the planets and is derived from the birth chart.

Mars placement in a D-1 & D-9 chart is one of the first things to check, and only Mars placement can indicate if a person is Manglik.  Manglik natives should consider marriage to someone who is also Manglik as the negative effects of Mars can be cancelled out if the other partner is also Manglik. Otherwise, chances of failure of the marriage or even illness and death can happen to the non-manglik partner if a Manglik marries a non-manglik person. Placement of Mars from planet Venus and the Moon are also considered in the D-1 & D-9 charts. The D-1, D-9 chart including the distance between Venus and Moon placements in combination with Mars are all very important.

Today, I'm going to bring up few important aspects that can point to potential separation or divorce. The 7th house is one of the houses to be considered when analyzing questions about marriage and love relationships.

If the lord of the 7th house is either debilitated or has any negative influence from other malefic planets, or if 7 house lord is placed in either in the 6th,8th, or 12th. house, it becomes weak. With a conjunction or negative influence, then separation is likely. Weakness means conjunction with bad planets or weakness in its own state.

Separation is indicated if the 7th house is being occupied by malefic planets or seen by malefic planets. If the “planet of love” Venus, is hemmed or having any negative conjunction whether in the 7th. house or in any other house where it can be found malefic, then one can easily lose their partners.

Saturn and Mars connection can even create the situation that can lead to loss of partner’s life. From a marriage point of view, planet Jupiter and Venus are termed to be beneficial if placed in the 7th. house or if they have any connection in the 7th house. If the Sun, Mars, Saturn, Rahu and Ketu are placed in the house of marriage or having any connection with the house of marriage, the person has greater chances of failure in their marriage or relationship.

Lord Rama and Goddess Sita’s marriage compatibly points were 36 of 36 and their marriage was not successful. In this case, the point system can fail. Points are the last thing to consider. Once the above condition is satisfied, then the Manglik condition is also checked.


As an example, let’s say the native has Aquarius in their 1st. house (their ascendant) which is ruled by Saturn. This automatically means the 7th. house of marriage will be ruled by Leo- which is ruled by Sun. Saturn and Sun are enemies, and with Saturn directly above Leo, this depicts someone who is methodical and who can achieve great status. For the native’s 7th house, it means the native will have high expectations of their partner and children. Leo in the 7th. also shows a person who is more like a father figure to their spouse. In this same chart, the sun is debilitated as it sits in the 9th house and in Libra sign working as Lord ( #7 denotes Libra as Lord and Libra is ruled by Venus).

Now we will address the partner of this native. If Ketu is in the first house and they have a debilitated Venus in the same, we see someone where status, appearance and self-care, not a priority – which is quite the opposite of the Native’s Aquarius in the first house.