What happens when Mars enters Libra?

What happens when Mars enters Libra? 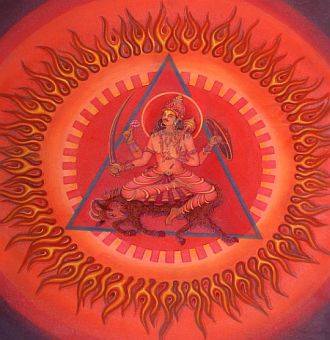 Planet Mars which is known for courage, confidence, strength, and anger is a masculine planet. Mars is going to change its transit on 30th November 2017 and will enter Libra sign will 17th January 2018, which will impact most of us in a different way. Though its main impact can be judged only by checking the horoscope in depth, I am analyzing how it can impact one’s life from a Moon sign perspective.

It’s important to know which zodiac your Moon is placed and if it is placed in say Aries then your Moon sign will be Aries and so on. Now let’s see how this change can impact you.

Important Note:- Planet Mars rules Aries & Scorpio signs and maintains an awesome relationship with the Sun, Moon and Jupiter. It has a bad relationship and is biggest enemies with Saturn, Rahu, Ketu, Mercury and Venus, therefore this change will impact the signs depending on how planet Mars interacts with other planets.

1) Aries ♈ - The transit of planet Mars with Aries is going to take place in the seventh house from the Moon and Aries sign is ruled by planet Mars itself, so this is a going to be a case where one of self-judgement. This change will be mixed in most cases and it can have a major impact on marriage, partnership, foreign trade, businesses etc, one should be careful while making a decision as this can impact the native in a big way in near future.

2) Taurus ♉ -The transit of planet Mars is going to take place in the sixth house from the Moon, and Taurus sign is ruled by Venus. Taurus is an enemy of planet Mars and this change, can impact health and can bring unwanted enemies. The native’s health can be destroyed and it is advisable to take prior precaution.

3) Gemini ♊ - The transit of planet Mars is going to take place in the fifth house from the Moon and Gemini is ruled by planet Mercury. Mercury will become retrograde and Mars will enjoy a neutral relationship with Mercury, Therefore, the native may face issues related to children or some indifference can happen in this particular time frame. It is suggested that one take precaution on time.

4) Cancer ♋ - The transit of planet Mars is going to happen in the fourth house from the Moon. Cancer sign is ruled by the Moon only. Moon is known for impacting things from the heart. Mars which is known as a blunt masculine planet which is like a hammer hitting steel full force. So this combination and placement will offer work in favor of Cancer natives. They may get opportunities where they can create wealth and plans now which can be in their favor in coming future. This particular placement of Mars with the Moon will resolve issues with force, and emotions. He or She will do the things from their common-sense which will ultimately act in a positive manner for the native overall.

5) Leo ♌ - The transit of planet Mars is in the third house from Moon. This is the best/friendly house, and is ruled by the Sun. This is going to bring much good luck and the new prospects. Some good news can also bring cherished hopes because of siblings in this period and native can have overall surprises in a positive manner in this time frame.

6) Virgo ♍ - The transit of planet Mars is going to happen in the second house from the Moon, where Mercury is the lord. Here, Mars has a neutral relationship with planet Mercury. Mercury is going to be retrograde from 03rd December 2017, which will increase weakness for planet Mercury and will increase the strength of planet Mars. This will create opportunities for one to make more income, and gains can be achieved. However, the problem which may arise due to this combination can be related to communication. This can cause issues related to relationships or friendship etc.

7) Libra ♎ - The transit of planet Mars happening in the Libra sign which is the first house. In this case, Jupiter was already in transit and making a strong friendly combination to its enemy planet Venus. Venus rules Libra sign and due to this combination, a neutral impact is anticipated for Libra natives. This will impact one from a professional and social aspect and can also have impact on health - which needs to be taken care.

8) Scorpio ♏ - The transit of planet Mars is going to take place in the twelfth house from the Moon and this house is ruled by planet Mars. This is a condition which is almost mixed with the Scorpion native. They can anticipate expenses increasing and some unforeseen liability will come.

9) Sagittarius ♐ - The transit of planet Mars is in the eleventh house from the Moon and this house is ruled by friendly planet Jupiter. Jupiter is a planet for wisdom and knowledge and gives one the power to look at matters objectively. With a combination of Mars visiting its friend Jupiter in the house of luck and fortune, this will bring positive surprises. A bit of problem can happen because of Saturn transit which is already happening in Sagittarius sign.

10) Capricorn ♑ - The transit of planet Mars is in the tenth house from the Moon which is in its enemy planet Saturn house and I can assure my readers that Capricorn and Aquarius will be the biggest sufferer in due to this transit (all depends on placement). This position brings unknown problems which may bring many negative things in your life. This trouble can be related to authorities, government etc. I would suggest the native to pay and clear all their debts on time, to avoid troubles.

11) Aquarius ♒ - The transit of planet Mars is in the ninth house from the Moon and this transit is taking place in the house of luck and fortune. Saturn being the lord of Aquarius is negative in every sense. One can face a big pause if expecting some big gains and this pause can create a headache and trouble in one’s life.

12) Pisces ♓ - The transit of planet Mars in the eighth house from the Moon (which is also friendly with Jupiter), deals with longevity. Due to favorable combination of the friendly planetary movements, one can start new prospects which can bring longevity. Things can be wonderful in coming future. Overall, things are fantastic for Pisces native.

For a consultation of how these transits could effect you or a loved one, please contact me to set up a consultation.
Please include your date, time of birth and include your birth location in the initial email to me. Fees are contingent on your requirements and will be divulged at our preliminary meeting via email.

DISCLAIMER – Your Astro Service provides a service which is intended for entertainment purposes only. Every reading is based on calculations according to the information provided by the client. Your Astro Service cannot be held liable for any results which may or may not be associated with consultation, interpretation, or calculations.  It is the client’s duty to provide all correct information prior to the consultation. It is also the client’s responsibility to provide payment prior to consultation.