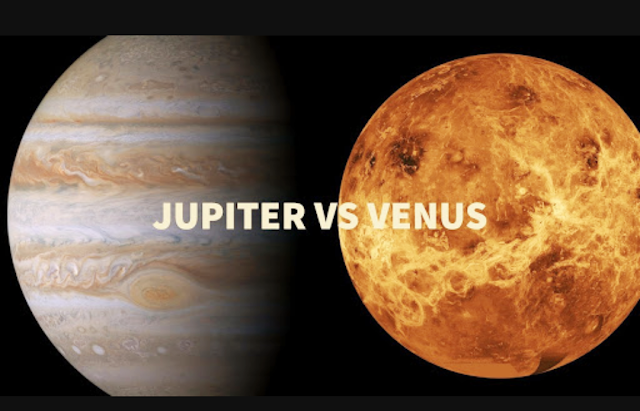 Two terms come to my mind when discussing Vedic Astrology i.e., Demons & Deities. Let us move ahead with the differentiation between the two. Venus (Shukracharya) - denoted as the leader of Demons whereas Jupiter(Brashpati) on the other hand, has always been considered the leader of Good Deities.

Planet Venus is known as the goddess of love and plays a very important role in one’s life. Venus affects Relationships with the opposite sex, charm, success, fame, reputation if Venus is placed in the beneficial house. It stays in each sign for one month and completes each zodiac sign in a year. A favorable Venus means name and fame in every manner, as it can make one able to achieve all luxuries that one desires an unfavorable Venus means laziness, defamation or losses.

Diamond is worn if Venus in a horoscope needs attention. I would like to offer attention, especially for ladies: If Venus is afflicted in the horoscope and if someone wears a diamond as jewelry, then it can impact the person who wears it- negatively.

As for Jupiter, Jupiter which is known for its wisdom and considered as a judge which always favors facts and it offers greater knowledge to a person. Jupiter clearly pinpoints the good & bad deeds. Yellow Sapphire is used as a gemstone to fix any malefic impacts of Jupiter. Beneficial placements of Jupiter can lead a person to achieve wonders in educational pursuits. A person with a well-placed Jupiter has potential to become a judge and will be naturally inclined to manage all legal matters and methods logically and legally.

Now for the story behind Jupiter and Venus.

Both Venus and Jupiter bestowed everything to their peoples. And both considered Lord Shiva (The Lord of Destroyer) as their superior and called upon Shiva for his blessings. Both desired to give the best righteous knowledge ethically and morally.  They also, guided their subjects to move on the right path. Both ethically followed their righteous paths, but the fact is that enmity has always been seen in their nature with each other.

If in a Horoscope either are placed in enemy signs or have an eye on each other then it can offer a negative impact on person’s life. If they are conjunct together in one house, most astrologers will agree this combination in one house make one’s life as a hell. I would say that they can lose enmity and can turn as friends, but the impact will be limited according to their degrees, and one will be on the positive sides for sure.

To learn and realize their impact on your horoscope, since both are currently in Libra sign you can contact me as always.

Disclaimer: Please note that astrology readings are for fun and recreation and are not considered a final resolution to pending issues. Consultations are at your own risk and we cannot be held responsible for any results of your decisions. Being an astrologer, here I would bring in the notice to everyone that everything which happens in our life has some reason which we can correlate with planetary movements and sure can get results which can definitely give us the guidance to win from any situation.