Saturday, August 26th, Floyd Mayweather Jr. will be in a boxing match with Conor McGregor 2017. 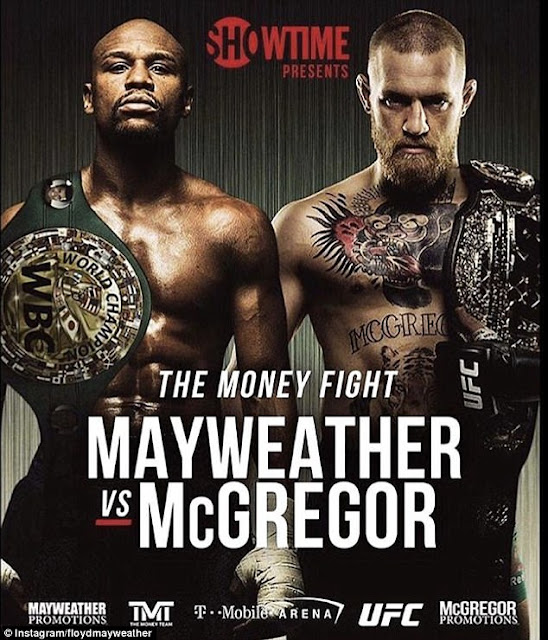 (Pic from the Internet)

This will be a big match. Mc Gregor is an Irish professional mixed martial artist and professional boxer who is currently signed to the Ultimate Fighting Championship (UFC). He is the reigning UFC Lightweight Champion and former UFC Featherweight Champion. During his career, McGregor has competed as a featherweight, lightweight, and welterweight.

Now for Mayweather, he has a total of 49 fights winning all and 26 were won by “Technical Knockout”. He has never lost a fight. However, Mayweather is now age 40 and McGregor is a mere  29, could this be Mayweather’s chance to retire gracefully or will he come out a winner yet again?

Here it’s all about Saturn which is going to rule this event.  Saturn will become direct again on the 25th of August 2017 where it will eye once again the Sagittarius Moon sign. People across the world are waiting and want to know who will win the fight as it is going to decide and the define future for both players.

This particular combination shows much strength in numbers for Mayweather compared to McGregor due to their destiny numbers, which is Number 2 for McGregor and Number 8 for the event date. Things will not be good for McGregor and for Mayweather things seem fairly well, due to the radical number which is Number 6 for Mayweather with destiny number and same compatibility with the event date 26th Aug 2017. I can only say "WOW" for this particular combination, therefore he can easily win this match.

As for those who were anticipating a tough match and thinking that the fight will go for a distance, I think they must wait and watch because Mayweather who is blessed with experience in addition to good luck and strength from the numbers, is going to click this event in his name. The probability says that this event can last until the 7th round.

Disclaimer: There is always a big risk to predict celebrity horoscope as information are always referred from the internet and there is no surety about accuracy and numerology is treated as a small base of astrology as in Astrology there are easier chances to predict as one do minute calculations based on planets. If you are looking for horoscope analysis then you can contact me as always.