Cristiano Ronaldo is a footballer who is loved and revered by everyone ! He is not only a fantastic sportsman but a great human being.

Cristiano Ronaldo is a footballer who is loved and revered by everyone! He is not only a fantastic sportsman but a great human being. 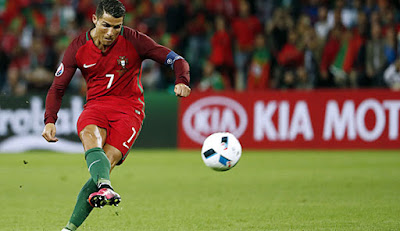 
1)Placement of Mars in 4th house from ascendant renders Ronaldo Manglik, Manglik Dosha is when Mars is placed in either the 1st,4th,7th, 8th or 12th house in one’s horoscope. This placement makes Mars very strong in one’s horoscope and due to good placement of Mars in the 4th house, this gives Ronaldo courage, strength and bravery to overcome every challenge and provide him much luck.

2)Mars is conjunct with planet Venus in Pisces sign which is “Exalted” here. This placement gives some unhappiness regarding his parents. On a good note, this combination makes him very wealthy and famous and he is currently experiencing the best phase of his life as he is under the transit of Venus. This started from the year 2008 and will continue till 2028.

3)He then has Rahu in Aries in the 5th house, which offers him a winning attitude by daring deeds with every chance of success. This also affords him positivity and he should not hesitate to move forward because fortune favors him. This position indicates rashness sometimes but in his case, it is potentially profitable.

4)In his chart, the Sun conjuncts with Jupiter and Mercury in the 2nd house with Capricorn sign. Capricorn is a sign which is ruled by Saturn. This particular placement of Sun in Saturn created problems and differences between him and his father. Additionally, the presence of Sun, makes Jupiter debilitated and Mercury combust. This doesn’t offer him much satisfaction in his work.

5)The debilitated Jupiter is a blessing in disguise as it affords him to gain and earn from different sources and gives him fame. This condition is named:”NeechBhang Raja Yoga”.

6)Placement of lord of 2nd house and 3rd, then Saturn in 12th house in Aries (which is ruled by Mars) is excellent in his horoscope. This gives him longevity and a career in sports.

7)For any sportsperson, health is very important. In his horoscope, the Moon is in the 8th house. Cancer which is ruled by the Moon is in its own house. There is a saying that a person will act as a tiger when a sign is in its own area, similarly, this placement gives him stamina and strength for physical fitness which makes him very wonderful sports player.

8)Last but not the least Ketu is placed in 11th house in the sign of Libra. The planet Venus rules Libra. As explained above, the placement of Venus is wonderful. Venus and Ketu are amicable. This gives Cristiano much fame and catapults his career. Due to Ketu transit in the year 2003, he started his career. 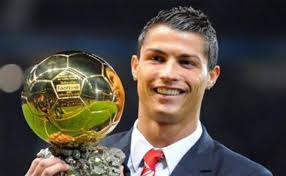