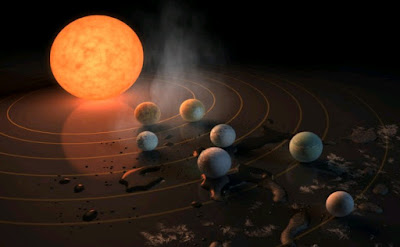 Debilitated and exalted planets are another step in determining the overall disposition of a horoscope. An exalted planet merely means a planet is in a sign that is close in nature and the planet(s) receives 100% energy from the placement. Debilitated planets mean the opposite, and that the planet(s) loses its energy or benefic properties. One or more planets can be exalted or debilitated.

Remember that there are 12 houses and 1 sign per a house. One or more planets can be with a sign in one house, and the time of birth will determine which house a sign is placed in. Sometimes there will no planets in a house, but there will always be a sign in each house.

As an example, let’s look at the Sun. It’s very important to check the placement of the Sun precisely. The sun becomes exalted in the sign of Aries and debilitated in the sign of Libra. When it comes to exaltation, the sun can destroy the planet’s effect, despite the distance of degree marked above as the sun can achieve the highest powers in case it’s exalted.

Similarly, if the sun is placed in the sign of Libra it becomes debilitated and loses all its powers. This also creates; "Neech Bang Raja Yoga". In this instance, the sun naturally becomes weak and has less impact due to the combination and despite having the closet degree of impact. This can be positive as well as negative as it depends on other factors.

For example, in Vedic astrology, Saturn is the ‘son’ of the sun and is exactly opposite in nature and viewed as coldest planet. It becomes Debilitated in Aries and exalted in Libra.  Let's say the sun (exalted) and Saturn (Debilitated) are conjunct in Aries sign, this placement will create the biggest impact of combustion, in case the distance is close.

The sun will burn Saturn thus destroying all its power. If Saturn is in the sign of Libra (where it is exalted) and the sun (who is Debilitated in Libra) then combustion technically occurs if we count the degrees of distance. However, Saturn will feel no impact. Saturn will have an upper hand compared to the sun and will overcome the combustion because Saturn will achieve its highest powers in the sign of Libra, as Libra is the natural significator of this sign.

House placement is important as it will affect the strength of exalted and debilitated planets too. Additionally, aspects, conjunctions and combustions are considered when reading a chart because a chart which has exalted, or debilitated planets could potentially have the exaltations debilitations cancelled.

So as an example, if a chart shows Mercury in Virgo at 15° this would mean it is exalted, however, if it is placed in the 3rd house, the benefits will be very little. Place the exalted Mercury in the 11th.,9th.,7th.,5th., or 2nd house and one could expect great financial results. Remember that charts are read counterclockwise as the planets move in this direction.

If you are not sure the state of your planets, it’s always advised to seek a professional astrologer to understand the finer points of your chart for interpretation. I often hear clients say; “My last astrologer said my planet was exalted and I would be rich!” and yet the person is barely surviving financially. Sometimes clients will mention debilitated planets (Mentioned by a less experienced astrologer) who did their chart. Then I have clients who had very little explanation about their chart and were simply directed to buy gems and remedies.

Feel free to request references from my other clients if you would like to have a reading.
If you may wish to have your chart checked for any planets and looking for in-depth analysis, then you can book an appointment as always.