Scotland option to Choose the United Kingdom Or European Union 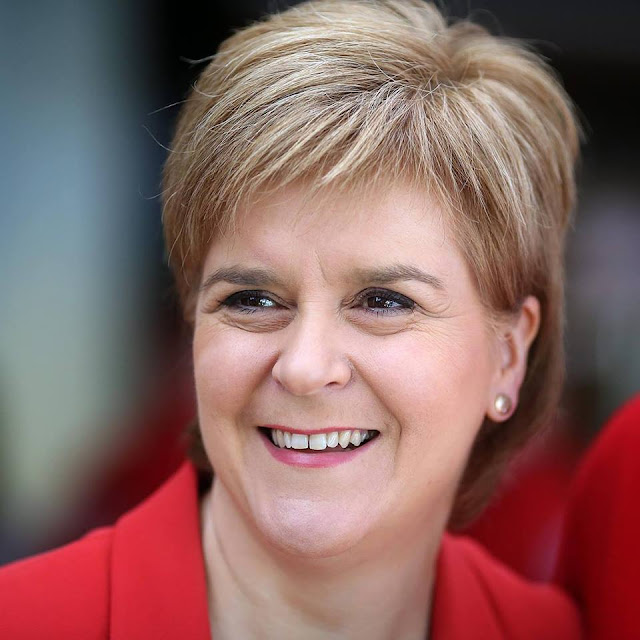 Everyone is talking about the United Kingdom and Brexit and whether this decision is going to bring Recession in the world and will it be an end of European Union?

As, I earlier stated in my blog on 16/June/2016, that The United Kingdom has the main transit of "Rahu" from 2012 and a sub transit of Jupiter started from Jan 2015 and will continue till June 2017 and Rahu is dominating planet in this combination and I said very confidently that Brexit will take place, and as we all know it happened and it's part of history now.

Now if we check the planetary position of "The First Minister of Scotland, Nicola Sturgeon." Surprisingly, Nicola Sturgeon is under a main transit of Jupiter from Sep 2002 to Sep 2018 with the conjunction of Rahu started from April 2016 and will continue till Sep 2018.
For Nicola, her Jupiter is placed in the ascendant of its enemy sign Libra which is ruled by Venus. Her Saturn placement in Aries which is ruled by Mars, which again is an enemy planet, Rahu is placed in Aquarius and both Rahu and Saturn enjoy a friendly relationship and Venus is conjunct with Ketu, both planets enjoy a friendly relationship with each other but placed in Leo, which is ruled by Sun and are enemies to The Sun.

Now, one can say that from this relationship of Nicola, that she enjoys such a combination of all planets which are mostly placed in enemies sign or with enemies planets, which makes her a tough lady and is never going to forgive and forget her enemies at all and whatever she decides she will make sure it happens.

Her current transit of Jupiter with Rahu, where this combination of Rahu is dominating, it plays a key role in her political career but let's not forget both Rahu and Saturn enjoy a friendly relationship with each other and dominates Jupiter.

This means she is going to take a decision for a Referendum to stay with the European Union, and not only this, according to my calculation, Scotland will win this referendum and will remain a part of the EU and not with the UK. Nicola, Rahu is very well placed and very strong as compared to United Kingdom Rahu which is weak, and this Rahu will going to split the United Kingdom. Leaving Scotland to retain the position with the European Union and as per the indication from planetary positions, the same can happen before July 2017, most likely somewhere in February or March 2017.

So, in conclusion, if the referendum happens, as of now, we don't have the dates and even don't know whether it will happen or not, but according to my study it will take place and the UK will split and Scotland will retain its position with the European Union with more advantages in the long run.