Marine Le Pen's far-right Presidential candidate for France, her horoscope says her bright chances to be the President as the world is eyeing France as chances for FR-EXIT can also arise.

Marine Le Pen's far-right Presidential candidate for France, her horoscope says her bright chances to be the President as the world is eyeing France as chances for FR-EXIT can also arise. 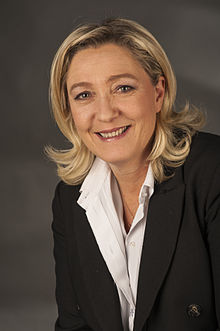 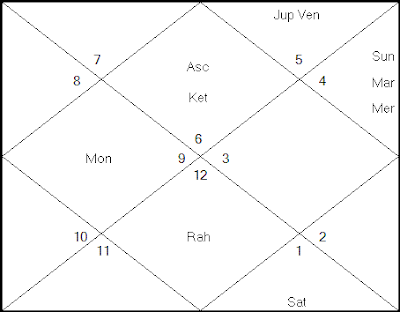 2)      Virgo Ascendant ruled by Mercury which is combust in 11th house conjunct with Sun and Mars where Mars is debilitated and combust too provides Le Pen, power, courage to fight with odds but the weakness of Mars and Mercury in Cancer sign gives her many secret enemies too and trouble with her immediate family members.

3)      Placement of Moon in Sagittarius in the 4th house indicates that she is likely to hold a big position which will help her to achieve self-esteem and respect from her surroundings.

4)    Placement of Rahu in Pisces and in 7th house from the ascendant, the house of marriage or relationship shows rift or struggle in a relationship and she have not been able to have satisfaction in her marital life or relationship.

5)      Placement of Ketu in Ascendant itself reduces all negative effect of Ketu and converts them into all positive effects which mean the best footing in competition and there are chances to win over opponents are bright  (A condition of opponent's horoscope has to be analysed for an accurate analysis). 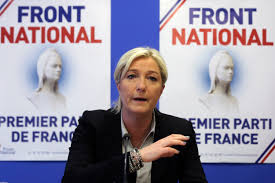 6)   Conjuction of Jupiter with Venus together in Leo sign brings  a fact here that Jupiter and Venus are enemies to each other. Where planet Jupiter have much in support of  planet Sun which is the key planets that made easy for Le Pen to be successful and Venus is giving her more advantage as whenever two enemies live under one roof they won’t fight and become friends, hence the degrees of planets are giving her all advantages hitherto,  only one negation is the trouble in her domestic affair.

7)      Last but not the least SATURN, (my motive to highlight the Saturn is to bring the importance of Saturn in Le Pen horoscope).  Political life definitely needs a  push from Saturn to have success and she is under the transit Sade-Sati(7.5 years) of Saturn since 2014 and from 26.Jan.2017 her IInd phase began which is indicating very favourable sign. On Analysing her horoscope I can say she is on her win win position and would have won like President Trump horoscope which I analysed before.

As of today, I can say that she can become the next President of France because of the above combinations, I am going to publish another candidate horoscope soon for complete review as it is very important to see the other candidate's horoscope and then only the comparison can be done to choose the best from astrology for the next French President. I can say today that Le Pen has a wonderful horoscope to become the next President. 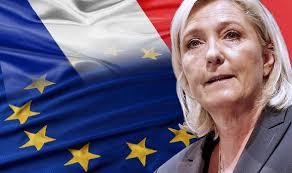